I’ve been reflecting lately on how good people become great. Nelson Rolihlahla Mandela comes to mind when I think of this.

How does a man spend 27 years in prison, put there by an oppressor, and come out of that experience with a heart that is willing to forgive and embrace? “I hated oppression and I feel angry when I think of oppression. The brain always dominates our emotions. I thought you have a limited time to stay on earth, you must try to use it for the purpose of transforming your country into what you desire it to be: a democratic, non-racial, non-sexist country and since that is the task, therefore, you have to reject all negative thinking in your own soul, in your blood system and put your attention on the positive things." 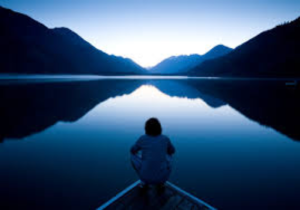 He was able to find the advantages of being in prison. He believed “if I had not been there I would not have been able to achieve the most difficult task in life, yourself. You have the opportunity to sit down and think.”

He believed that to change yourself is a process; not an ending and that you need time to stop…sit...and listen.

One of the most effective parts of his leadership was his ability to step back and turn into himself for wisdom. The wisdom to think about what would be best. He had the ability to get people to stop and think.

He could cut through chaos.

While he was in prison, he got the prison guards to treat him with respect. He fought the battle for dignity from the very beginning and put his foot down to be respected. In prison, he would not answer to anything except Mr. Mandela.

One of the things that worried him was that he was raised to the position of a mythical character that was no longer a human being. He wanted to be known as a man, just Mandela, because he knew if there was a peaceful transformation in his country, it would not be due to the contribution of one individual.  Believing this, his first task was to destroy this myth and show he was an ordinary human being.

How do we begin to be a peacemaker?  Those of us who are leading our own lives, our own families?  "The first thing is to be honest with your self. You can never have an imprint on society if you have not changed yourself and one of the most important weapons in changing yourself is to be humble.  If you are humble and make people realize you are no threat to them, then people will embrace you.  They will listen to you."

On Robbins Island, Mandela’s oppressors had incarcerated his body, but not his mind or his spirit.   “There was something that moved in me and I felt that I would not let adversity incarcerate my spirit.  That my mind was more powerful than I knew at that moment.”