Before You Can Inspire You Must be Swamped with It Yourself

"If you want to build a ship, don't drum to the women and men to gather wood, and give orders. Instead, teach them to yearn for the vast and endless sea." - Antione De Saint-Exupery 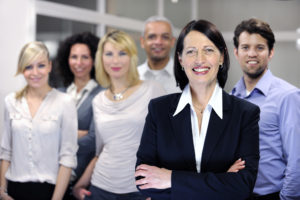 What I get from these words is that leadership is an art. It's the art of inspiring and enrolling people to undertake an adventure for the sake of a common vision. Think about all the people who have had a significant impact in your life. Who is it that played a role of such significance that you felt changed for the better by knowing them? What qualities did they have?

This is what is called 'Magnetic Leadership'. People who are magnetic leaders possess the quality of attraction and they embody a powerful force that pulls others toward their presence, their ideas and their essence. They have something that sets them apart from the average. They show an aura of confidence.

They mean what they say and come alive when speaking about what they love. They show emotion. They 'pull' you towards them. Didn't the people you thought of as having a significant impact in your life have something magnetic about them? Wasn't there a sort of attraction to them?

"Magnetic Leadership is more than directing people to be more productive; it is about modeling behavior that is thoughtful, creative, sincere, credible, competent and respectful." - Dana May Casperson

I've been re-reading a little gem of a book called "Magnetic Leadership" compiled by Doug Smart. This book consists of brief vignettes of what consultants and trainers believe are the ‘secrets’ that attract people to powerful leadership. I put the word 'secrets' in quotes as I don't really think they're secrets. I think it is just using the skills in the above quote. I think it is just being passionate and enrolling about 'the ship you want to build'.

"You don't have to be a 'person of influence' to be influential. In fact, the most influential people in my life are probably not even aware of the things they've taught me." - Scott Adams

How do you be a person of influence? Bonnie Dean writes about the 21 most important words to use when leading others.

Try using these and begin to notice how you are becoming a 'person of influence' when you use these:

The Six Most Important Words…

"I admit I made a mistake". This phrase makes you human and sets the stage for others to admit they make mistakes too.

The Five Most Important Words…

"You did a great job!" No one suffers from too much recognition or praise.

The Four Most Important Words…

"What is your opinion?" People will tell us the most incredible things when we take the time to ask with genuine interest and then make time to listen with our ears, hearts, and eyes to their answers.

The Three Most Important Words…

The Two Most Important Words…

"Thank you." Practice this one wherever you go with sincerity and notice what begins to happen when you are grateful to others.

The Most Important Word…

"The key to your impact as a leader is your own sincerity. Before you can inspire others with emotion, you must be swamped with it yourself. Before you can move their tears, your own must flow. To convince them, you must yourself believe." - Winston Churchill

Believe. And know you are always modeling for others. Imagine the impact on our family, our place of work, our community and even the world if we all acted fully knowing that we are modeling leadership behavior and inspiration every time we interfaced with others.