Who Knows What is Good and What is Bad?

Most of us divide up our life experiences into those we like and those we don’t. But the Taoists masters teach us to look deeper. In the flow of yin and yang everything is constantly changing into its opposite. The more we live with awareness of the inevitable tides of Tao, the more it seems superficial and misguided to reject some experiences and try to hold onto others.

It is better to accept the wholeness of life. 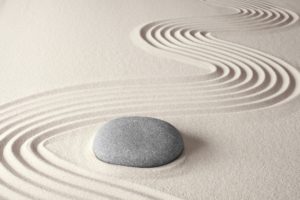 The following week the army passes by, forcibly conscripting soldiers for a war, but they do not take the farmer’s son because he cannot walk.

The neighbor thinks to himself, “Who knows what is good and what is bad?” and realizes that the old farmer must be a Taoist sage. -   From The Tao Book and Card Pack by Timothy Freke