·
By Pat Obuchowski
·
Under Inspiration

Find Your Own Definition of Success 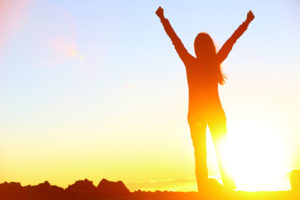 Many years ago I owned a fulfillment company with another woman and we applied for a “Best Customer Service” award from a top-tier international company. We were one of more than a hundred companies that entered the competition, and we won third place. At the award ceremony, the late John Wooden handed out the awards. For those like me who don’t closely follow basketball, John Wooden was simply an American basketball player and coach. But for those who eat basketball statistics for breakfast, Wooden’s record as the head coach at UCLA who won ten NCAA national championships in a twelve-year period— an unprecedented seven in a row—he was a god. One of the things he said that day was, “Success is peace of mind, which is a direct result of self-satisfaction in knowing you did your best to become the best you are capable of becoming.” This stuck with me, as I had been searching for my own definition of success. When I heard his words, I knew this was true for me. I knew that I would always be looking for things that used my skills, talents, and strengths. I knew that I would always do things that would be the best use of me. I knew that I want to be thoroughly used up when I die. As George Bernard Shaw wrote in Man and Superman, in the “Epistle Dedicatory to Arthur Bingham Walkley” (1903):

This is the true joy in life, the being used for a purpose recognized by yourself as a mighty one; the being a force of nature instead of a feverish, selfish little clod of ailments and grievances complaining that the world will not devote itself to making you happy. I am of the opinion that my life belongs to the whole community, and as long as I live it is my privilege to do for it whatever I can. I want to be thoroughly used up when I die, for the harder I work the more I live. I rejoice in life for its own.

The above is an excerpt from Gutsy Women Win: How to Get Gutsy and Get Going.

Helen Vanderberg Aug 29, 2018 08:32am
I've always been a great fan of George Bernard Shaw, especially his "Man and Superman." Mind you, he always liked to stir things up, another criteria for making a splash. But I like the idea of being thoroughly used up; at the end. Wallace Stegner's "Crossing to Safety" is a wonderful expression of the urge.
Read more
Read less
Like Reply
Please log in or register to post a comment